Forward And Brief History About The College 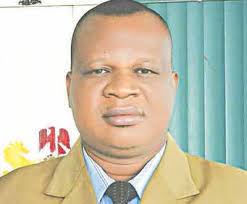 Welcome to EBSCONSU. The story of the revitalization of the College of Nursing Sciences, Uburu is almost like the biblical raising of the dead. It is miraculous and full of surprises and the credit goes to our wonder working governor of Ebonyi State, His Excellency, Chief Engr. David Umahi (FNSE, FNATE) and to God be the glory. The journey dates back to 1992 spanning over two decades. The construction of the school was started by Old Abia State Government in 1992 but was not completed as of 1996 when Ebonyi State was carved out from Old Abia and Enugu States. For the reason of location therefore, it was one of the fixed assets inherited by Ebonyi State from Old Abia State.

But the project suffered major setback because the moment it was handed over to Ebonyi State, the project was abandoned from 1996 to 2017.

Every dry season the project was gutted by fire until the 'David' of our time came on board.

The Governor charged the Ministry of Health through the Commissioner for Health to revitalize the school. These task was very challenging because the contractor was still been owed and the entire premises was like a thick forest.

However, the Ministry of Health undertook this task courageously with the support of the Governor and after a lot of advocacies and consultations, the contractor Ehzel Nigeria Ltd was paid and the reconstruction of the school was commenced initially as a direct labour project until the site was gotten to the level where things can be quantified and the project was awarded to Integrated Master Builders Nig. Ltd.

Today in less than one year of the commencement of the reconstruction of the College, the institution is already adjudged as the best College of Nursing and Midwifery in Nigeria infrastructurally. What a miracle! A project that was dead and abandoned for over 25years was revitalized in less than one year.

The school is presently ready for the commencement of academic activities after the visit of the Nigerian Nursing and Midwifery Council for a pre-accreditation visit. For the upcoming students of the college and the staff,I congratulate you because you are in an institution that will give you the best.

I thank all the Ministry staff who contributed in actualizing these dreams as we all jointly say kudos to our astute leader, His Excellency Chief Engr. david Umahi Nweze (FNSE, FNATE).

Thank you and God bless.